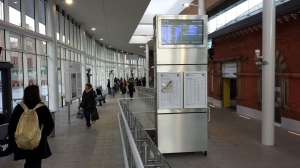 At the end of 2014, the refurbished Interchange in Altrincham opened.  It provides much improved links and facilities for the bus, Metrolink and rail passengers visiting this busy town centre.  David was worked on the business case for many years, including during the Annex E, TIF and more recent local funding bids.  It's great news the new Interchange is now finally complete.

On 8 June 2014, two new park and ride sites opened in York.  The new Askham Bar site provides 1,100 spaces and the A59 Poppleton site has 600 space. Both sites benefit from the tried-and-tested fast, frequent, low-cost bus service which makes Park & Ride one of the cheapest and easiest ways to travel into the centre of York.  David had a major part in the successful funding of the two scheme through the DfT's major scheme programme back in 2011, leading the work relating to modelling, appraisal and vfm business case.

The DfT has announced the funding of a further 15 Local Pinch Point schemes, worth a total of £25 million, and a 40% lower average funding per scheme than for Tranches 1 and 2.

This brings the total to 87 schemes funded in the three tranches, a total of over £200 million funding. Still over 80 schemes are yet to be funded, but a further £55 million has been made available for existing or new schemes.

Congratulations to the City of York on the funding of the A19 scheme - a scheme that will reduce the impact of flooding.  David completed the appraisal of the scheme, including economic disbenefits of flooding.

The DfT will shortly be issuing a further guidance note in respect of the application process for the £55 million remaining in the new pot of £80 million.  The deadline for bids is 31 October 2013. 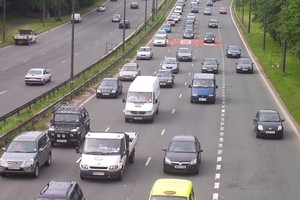 DfT has announced a nationwide drive to promote cycling in cities and national parks across England will be launched today. In total £77 million will be divided between Manchester, Leeds, Birmingham, Newcastle, Bristol, Cambridge, Oxford and Norwich, while the New Forest, Peak District, South Downs and Dartmoor will each share a slice of £17 million funding for national parks. With local contributions, the total new funding for cycling is £148 million between now and 2015.

Eleven local authorities have been awarded grants from the Clean Bus Technology Fund, which will allow almost 400 buses to be upgraded. Towns and cities in England are set to benefit from £5 million of funding

Funding was awarded based on 5 main criteria:

The DfT invited applications from local transport authorities to become designated as a BBA. In these areas there will be a gradual transfer of BSOG (Bus Service Operators Grant) from bus operators to the relevant local authority between October 2013 and April 2017 (covering the 2017/18 financial year). The authority will also be provided with top-up funding that will provide an increase in total bus funding in a BBA.  Bids required economic appraisal on the value for money of the BSOG and BBA schemes, the former looking at the withdrawal and hence disbenefit of not having a funding stream and the latter of using the funds for alternative use.  Decisions on the successful bids are expected in September.

A total of 170 bids were submitted to DfT from 120 local authorities (21 did not submit a bid) with 5 bids prepared by two authorities (Lancashire and Devon).