David has held the role of Technical Appraisal Director, Project Management Leader or Senior Analyst on a range of recent major transport projects.  In the last seven year since setting up dgtp, he has worked on the following projects for a range of clients:

Technical Assurance for six SDC Studies (Transport for the North)

Since 2017, David has been contracted to Transport for the North (TfN) to manage the Technical Delivery of the Strategic Development Corridor (SDC) studies, including chairing of the Technical Assurance Group (TAG) and Senior Modelling Group (SMG) meetings.  His was the link between the Project Management teams, Technical Assurance Modelling and Economics (TAME) team and appointed suppliers to ensure delivery of the technical products for the SDC studies.  David also managed the assurance of products, and he completed the detailed reviews of the appraisal products.

David has also worked for Transport for Greater Manchester, where he led the development of the Economic Case for the bus reform business case.  For this major piece of work, he managed a leading consultancy who completed the detailed analysis work.  David wrote the economic dimension of the business case collating the quantified evidence.

At TfGM, David led the co-ordination of the business cases for major schemes in the Growth Deal Package, acted as reviewer for the Gateway assurance process on wider business cases and managed the economic case for bus reform.  The latter project involved the management of consultants and presentations to senior managers.

Other projects that David has previously worked on in his career are listed below: 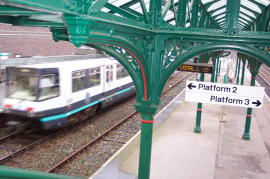 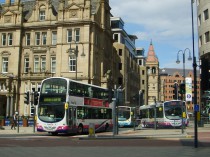